Creativity Is A Bright Spot Amidst Identity Signal Loss Anxieties

With Apple’s September 20th operating system update, iOS 15, came even more anxieties for advertisers who lean on personalization to accomplish their business goals. First announced at Apple’s Worldwide Developer Conference (WWDC), updates included features like “Hide My Email,” and “Proxy-IP Addresses” designed specifically to cut down on identification methods used by advertisers. Hiding a consumer’s email removed a primary solution for authenticating traffic and spoofing IP addresses disguised the unique string of numbers that show a person's location. While great in theory for consumers, the ad-tech industry braced itself for another wave of detailed questions from agency and brand partners on signal loss.

Their fears are real. There is no doubt that ongoing conversations around data privacy and online identity will fundamentally change the way we identify consumers, but it’s not all doom and gloom. In fact, the frontier is still bright for creativity, perhaps even more so than ever before.

The biggest and best advertisers in the world already know: if you’re trying to crack the breaking-through-to-the-consumer code, creativity is the most critical part of the equation. Sure, audience targeting is important, but at the end of the day, all that really does it is put a blank space in front of the right pair of eyes. If the creative used to fill that space up is off, the targeting being on-point is utterly and completely useless.

We know that consumers want some level of personalization in their brand communication. Innovid recently conducted a survey, Reconciling Views On Identity Resolution, where 81% of consumers reported that it was important to them to see relevant ads. Over the years, we’ve seen a significant shift in power from the arts to the sciences. The advent of data collection brought about the idea that granularity was critical to connection. And over time, the focus on data signals has muddied the original message of personalization near beyond recognition.

When we step back, we all know it’s not the amount of data or the granularity of it that makes the message better, it’s the relationship between a signal and other elements - like the message, context, video, imagery, typography, and overall tone. Those that pursue creativity today are blessed with tools and technology to be able to generate hundreds of thousands of personalized messages for delivery across both digital and linear platforms. However it begs the question: why? Are more signals, more versions, actually better? Or did we lose sight of the end goal in the first place: a personal connection with our consumers?

Digging deeper into it, we see that non-invasive, privacy friendly elements like language, geo, weather, and time of day are also the most powerful, because they personalize without crossing the creepy line. Doubling down, aka collecting and activating every available data signal will lead to an even more personalized ad, but will it lead to better return on investment? And if it does, at what cost? As Mondelez’s recent case study for Philadelphia shows, you don’t need a ton of signals to make a big impact. Just by personalizing based on time of day, the brand was able to drive a 29% lift in ad recall. 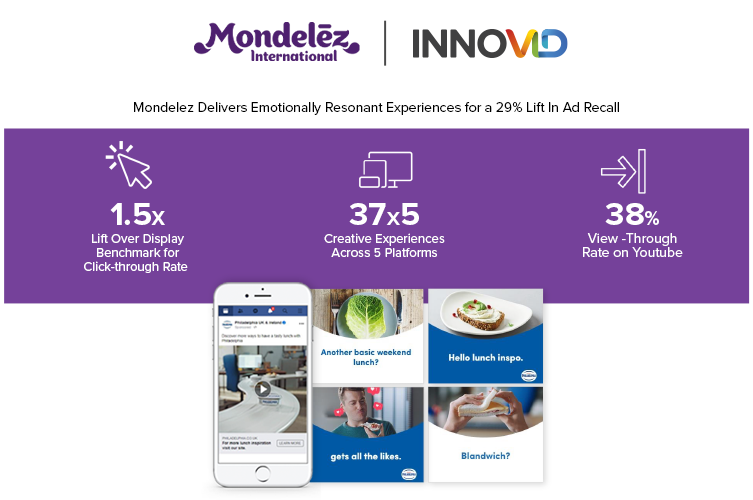 In that same survey listed above, Reconciling Views On Identity Resolution, Innovid directly asked consumers what would make them most comfortable with targeted advertising. Of those consumers, 41% said “personalize based on my interests vs. my site actions.” This is a clear call for us as marketers to take a step back and understand that our reliance on data signals has come at the cost of our creativity, and in some cases hurt our credibility. We don’t need to take action on every single click a consumer makes to forge a connection. Sometimes it’s just as simple as meeting them where they are - whether it be the context of what content they’re currently consuming or the general location of where they’re consuming it. The proposed privacy-conscious solutions coming from both government organizations and big tech companies like Apple don’t mean the end of creativity, they mark a rebirth of it. The usage of data signals will be thought of more broadly and the creative we use in concert with that data will communicate to audiences less like consumers and more like humans.