CES 2019 Recap Through the Eyes of the New Consumer

Rick is an 18 year old engineering student from the University of Illinois majoring in electronics and technology. A self-declared “nerd” his recap of the technology from CES showcases the winners (and losers) and what’s most interesting from the perspective of a Gen Z'er for the future of AI.* Disclaimer: To maintain the authenticity of this post, the views expressed in this post are of the author and was not edited. The opinions expressed may not represent the views of the company. 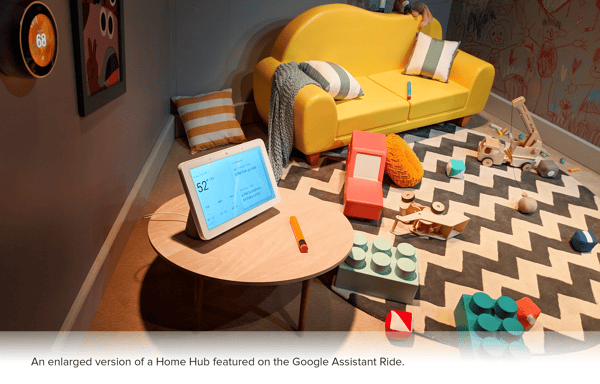 Google’s latest Assistant gadget, the Home Hub is functionally almost identical to it’s display-less counterparts. The 7in touchscreen display is only slightly larger than most smart phones, and that seems to be a clear design choice, as its designers chose to display less information, while using larger fonts to increase readability at range.

Arguably the most interesting part of the Home Hub is the ambient light sensor and the device’s passive mode. Using a light color and brightness sensor, the device can accurately read the ambient light of its environment, and then tune it’s display to almost perfectly mimic the look of a printed photo, allowing the display to act as a digital photo frame without looking out of place.

Interestingly Google chose to give away these devices (which normally retail for $150) to every single rider of the Google Assistant Ride in their CES booth. 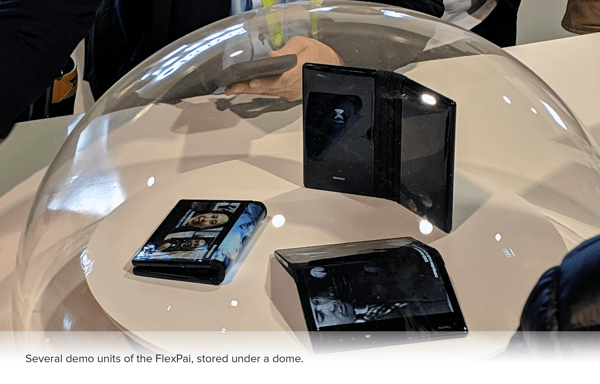 The FlexPai is one of the world’s first flexible smartphones. By almost all accounts it sucks. The display is plastic to accommodate the flex. The software doesn’t understand that you have to touch the phone to hold it so when the phone is folded you end up pressing your hand into the back of the device and massing about with apps that you don’t mean to open. The phone is also HUGE, acting as a tablet when open, and showing off a Microsoft Surface Book-esque wide hinge section when folded. It will never fit into a pocket. 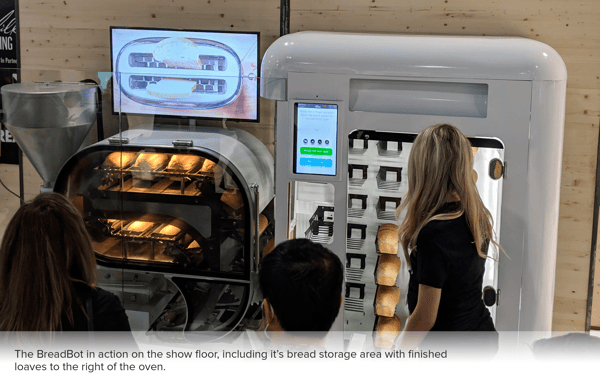 One of the most utilitarian devices at the show, BreadBot makes bread. It has a hopper that mixes commercial (think bakery scale not factory scale) quantities of ingredients. The bread it formed into loaves and is baked over an hour and a half, then stored and later retrieved by a robot.

Ideally, the BreadBot would be leased out to grocery stores and bakeries, to act as both a useful tool and a neat gimmick. 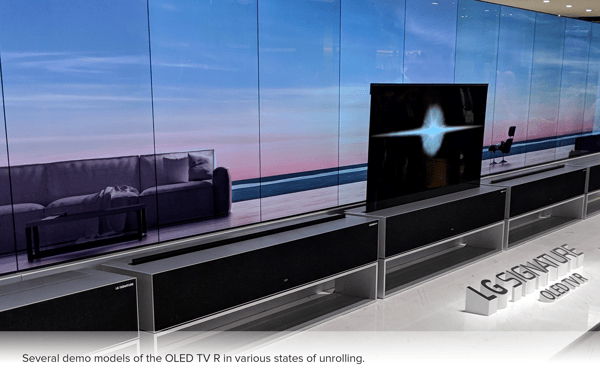 Do you hate staring at your TV when you aren’t using it? Do you have large amounts of disposable income? Great! You can buy LG’s newest flagship TV, a ROLLABLE TV. This 4K OLED TV rolls up into its base when it isn’t being used, and rolls back out when you want it. Honestly it’s an absolutely incredible demonstration of the technology, and from looking at the display it’s almost magic.

5G is a blanket term used to refer to the next generation of cellular wireless technology. From a technical perspective 5G is (or rather will be) an incredible development in radio systems at scale. It is promised to deliver extremely low-latency high data rate connections to every user simultaneously, something that sounds almost impossible.

Intel’s booth had an interesting demonstration of 5G’s low-latency capabilities. They were able to successfully run one of the recent Tomb Raider video games from a computer located somewhere else in their booth, and link the display and the controls via a 5G radio link. While imperfect, the game was reasonably playable, and the demo was quite impressive.

Unmanned aircraft have come a long way since they first hit the market. DJI was the big winner, showing off their consumer Mavic line, their pro-sumer Phantom Pro line, and their Professional Inspire lines. DJI did a great job of selling their professional gear this year, as they worked towards perfecting their on-board AI and computer vision feature set, making their products ideal for almost every market.

I saw an interesting competitor to DJI this year. Autel Robotics did a good job of differentiating their product from DJI’s visually similar ones. Autel seems to be far more consumer friendly, with reduced restrictions on their products like optional (as opposed to forced) firmware updates. I’ll be interested to see how Autel performs over this year.

In my opinion, LG stole the show out from under Google with their ThinQ products. Their connected intelligent contextual AI was able to accurately provide helpful assistance and advice based solely on the situation in which it was presented. My favorite example of this was when an LG representative picked up a hand held vacuum cleaner and was immediately questioned as to whether he would like the robot vacuum cleaner to deploy as well to assist with the cleaning process. I will be very excited to see how this technology improves over the next year and how other companies try to improve their AI services in similar ways.

Until next year CES.