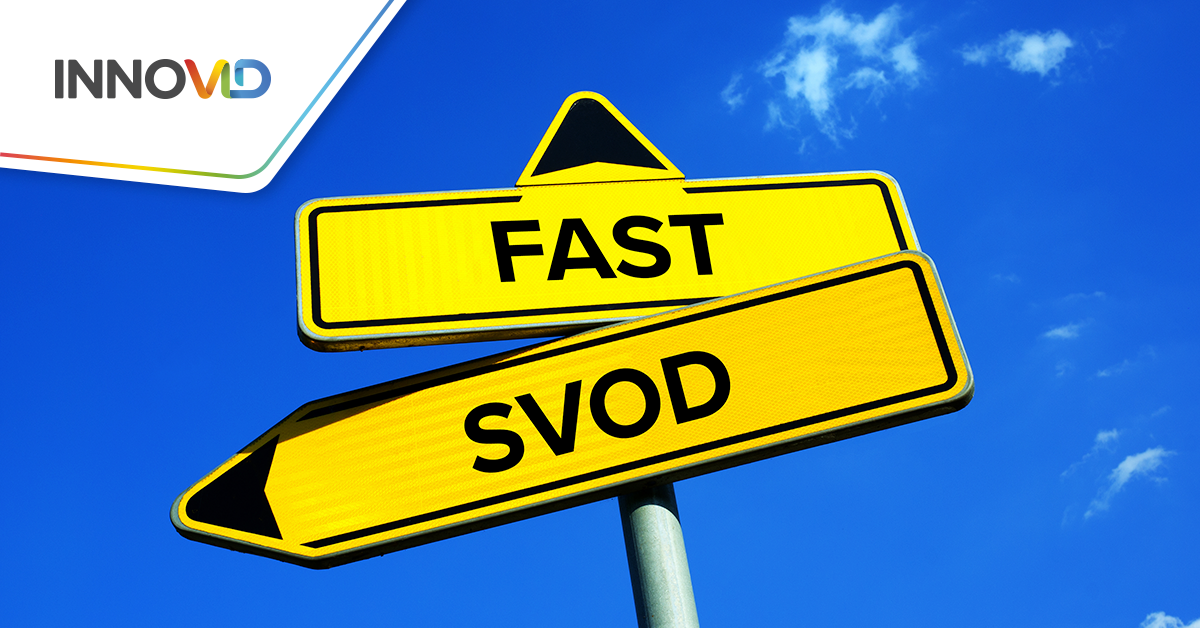 “Streaming’s first act was all about cord-cutting and content finally catching up to consumer preferences. But, pandemic-related or not, Netflix’s numbers, on top of Roku’s in February, show a pullback and the end of that first act. We’ve now entered act two, which will be vastly different. It’ll be driven by bundling SVOD offerings as channels struggle to compete on their own. It’ll also be driven by cheaper SVOD prices as free, ad-supported streaming sees greater growth and the two sides fight for market share.”- Tal Chalozin, CTO and Co-founder, Innovid

It’s a story as old as time–Tom needs Jerry (despite what he may think), Thelma needs Louis, and what would a peanut butter sandwich be without jelly? Some duos are meant to be. And considering the most recent Netflix news, this certainly seems to be the case for television and ads.

Several years back, Reed Hastings, one of Netflix’s co-chief executives, declared in a Facebook post, “No advertising coming onto Netflix–period.” While he long echoed this statement, last week he changed his tune. On Tuesday, April 19, Netflix announced its first loss of subscribers in over 10 years. Moreover, stock dipped a whopping 25%. Netflix cited growing competition from traditional companies and password sharing as the main culprits.

But is the dilemma that straightforward? We lean towards no. Speculation about Netflix burning through money and having an unsustainable profit model dates back to 2020. Let’s take a closer look at what Netflix’s situation suggests about the future of streaming,

Netflix in the FAST lane

Following years of resistance, Netflix is now “open” to offering lower price tiers with ads. In other words, they’re eyeing the Free Ad-support Television (FAST) model. During the company’s pre-recorded earnings call, Hastings declared that implementing this shift in the next year or two “makes a lot of sense.”

Back in January, the streaming giant boosted subscription prices to hike up revenue. Alas, that tactic backfired. It’s partially responsible for a loss of 600K subscribers in the U.S. and Canada in the most recent quarter. Additionally, Netflix already increased content spend in an effort to develop more high-quality content, especially for originals .

Neither tactic, however, can provide the same influx of earnings that incorporating a FAST option would. A lower-tier subscription option would allow Netflix to reach new consumers while making a profit from advertisers. “It’s pretty clear that it’s working for Hulu. Disney is doing it. HBO did it,” Hastings said. “I don’t think we have a lot of doubt that it works.”

A one-off episode or streaming trend?

Netflix may have planted a seed, but other streamers are certainly reassessing their garden. For instance, last week Amazon doubled down on Freevee from IMBd TV, their advertising-supported streaming service. And they already announced plans to bolster its programming budget. Likewise, HBO Max began embracing ads last summer. The results? A near equal number of subscribers to the premium, ad-free subscriptions.

Some executives speculate that incorporating advertising was inevitable. After all, television has worked like this for decades: broadcast, basic-tier commercial programming, and premium ad-free services (think networks like HBO and Showtime).

Meanwhile, brands have been clamoring for visibility on Netflix—in the past settling for product placements and sometimes brand partnerships. This means the opportunity is essentially waiting on the green light from Netflix.

The fact that Netflix is the largest Over-the-Top (OTT) provider and that other entertainment companies are now considering lower tiered subscriptions, we wager this is more of a foundational predicament than a Netflix-specific one.

Mirroring Hastings' sentiment,  Christine McCarthy, Disney’s Chief Financial Officer, said in late 2020, “We don’t believe that the consumer experience would be a particularly good one if we had advertising on Disney+.” But by March 2022, the company had a change of heart and began offering FAST subscriptions.

More importantly, that statement is simply not true. Just ask consumers. A mere 17% reported that they would be put off by ads.

Today, Hastings would likely agree too. During the company’s earnings call he stated, “But as much as I am a fan of that [an ad-free watching experience], I am a bigger fan of consumer choice. And allowing consumers who would like to have a lower price, and are advertising-tolerant, get what they want makes a lot of sense.”

So let’s get to the big question—is Netflix truly hindered by competition and password sharing or is it more complicated than that?

Undoubtedly, the streaming landscape is rife with formidable players rolling out top-notch content each day. That’s why the term “streaming wars” exists. Taking it a step deeper, remember when The Office left Netflix for Peacock in December 2020? It had been the no.1 streaming title that year, so why would Netflix part with this gem? Simple, NBC had the rights and wanted to fully maximize on their new Peacock platform.

In a way, Netflix has been on borrowed time since they began streaming. Compared to the likes of NBC and Disney, Netflix is young. And without the cash flow from advertising like Hulu, or other major revenue streams like Amazon, Netflix was always bound to struggle with creating original content.

The pressure to develop owned content (which is very costly) mixed with the uptick in streaming services is too much for Netflix’s original model to bear. At its core, competition is the problem, yet it’s underscored by production pressure. And without big budgets for those productions, quality is at risk too.

As for password sharing, it’s extremely difficult to say.  Amidst the talks of cracking down on it, plenty of users are threatening to leave the service entirely. That’s why integrating a FAST model would be so helpful. Think of it as the best of both worlds—no one loses access and Netflix gains much-needed profits. As stated earlier, consumers are open to the trade-off.

Streaming isn’t going anywhere. On the contrary, 70% of consumers believe that streaming subscriptions offer better service than traditional TV. What’s most likely is that FAST and Advertising Video-on-Demand (AVOD) models will be popping up more and more. Notably, by the end of 2021, 129 million people used an Advertising Video-on-Demand (AVOD) service and Insider Intelligence projects this figure will rise to a remarkable 165 million users by 2025.

Even though Subscription Video-on-Demand (SVOD) has significant benefits—like unlimited content, enjoyable viewing experience, and exclusivity—most streaming services will be compelled to adapt. As Kelly Metz, the Managing Director of advanced TV activation, Omnicom Media Group, said, this comes as “fantastic news for anyone in advertising, and ultimately, fantastic news for the U.S. consumer, who cannot sustain 15 paid subscriptions.”

Happy consumers? More advertising opportunities? We sure like the sound of that.