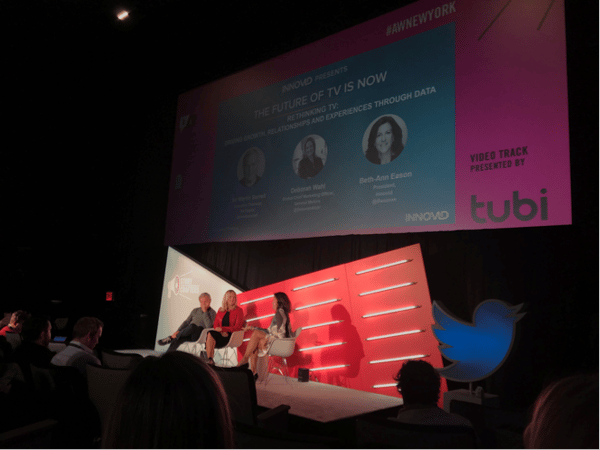 Agility and the Speed of Change

Wahl spoke in depth about how agility is critical to business success from creating the right internal teams to helping the organization embrace the change. With so much in flux around new trends, consumer behavior and data, Wahl mentioned that agility is a requirement to be able to act on that information on a daily basis to keep up with the consumer.

Sir Martin agreed here and spoke in depth about how the C-suite is thinking about faster, better, cheaper solutions and he elaborated on the dichotomy of traditional brands compared to DTC disruptor brands.

Wahl echoed that change is inevitable and that there is so much change in the automotive industry happening now. From the environment to safety and back to TV – she conveyed Cadillac is focused on putting the customer in the center of their marketing efforts.

As Wahl put it, “The consumer is at the center.” By embracing this notion, the brand looked for ways to meet customers at the point of sale at the consumer’s convenience. Putting customers at the core of their innovation is the driving force behind a recent program called Cadillac Live. Launched in Canada, this program allows buyers to ask questions regarding purchase decisions virtually and fills a need for their customers as they are in various stages of car shopping. By bringing a personalized shopping experience to customers when it’s convenient for them, Cadillac is listening to their customer’s needs and adapting. The Role of First Party Data

Brands are taking more ownership over knowing their audiences and Cadillac is embracing this whole heartedly. In the past, what companies haven’t done is ‘own’ their own audiences but rather brands relied on partners to tell them about how and where their consumers were engaging. But now Wahl’s looking to transform that. By having a clearer understanding of their audiences, she can turn the conversation around and ask partners how they can tell better stories and engage with their audiences – driving growth, creativity, and ultimately better experiences.

Another question asked was how can you use first party data for creative – not just targeting? Wahl’s response was focused again on the identification of its core audience “we’ve moved really fast to get to the next level and define our own audience – ‘Cadillac propensity audience’ – it redefines and cuts across our own systems.” She went on to say that creativity is even more paramount as it provides the collective experience – how people can relate – and that’s where great creativity lives. 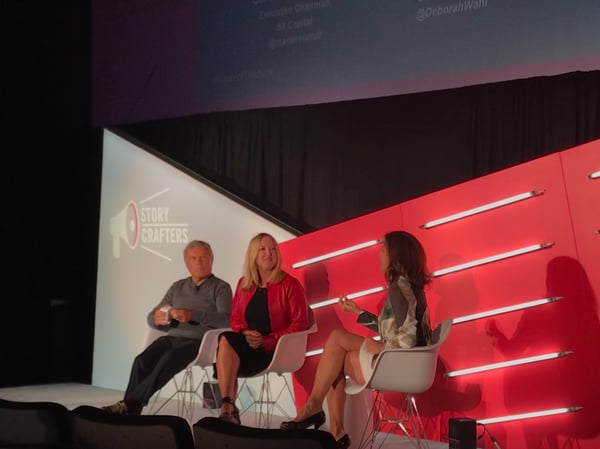 Sorrell elaborated on the power of automation and personalization using first party data with an example from Netflix. They were able to create 1.5 million creatives using opt-in first party data to create a personalized experience at scale – and that’s where the magic lies.

“Producing the perfect :30s commercial is no longer the game,” as Sorrell stated on stage. It’s about the experience and relevancy.

The Future of TV

So where does that leave TV? Wahl spoke about how TV will still be the best medium to deliver emotional experiences that engage audiences with the power of sight sound and motion. She was optimistic for the power of connected TV and challenged us to think how do we make these experiences incredible? CTV serves because it’s still a mass way to start a conversation but now we take it to the next level to make it about the experience.

When asked by moderator Beth-Ann Eason to fill in the blank on the “The Future of TV is…” Sorrell was succinct in his reply “Bright” while Wahl inspired with her response “Transformative.”

Innovid’s reply? The Future of TV is Now.